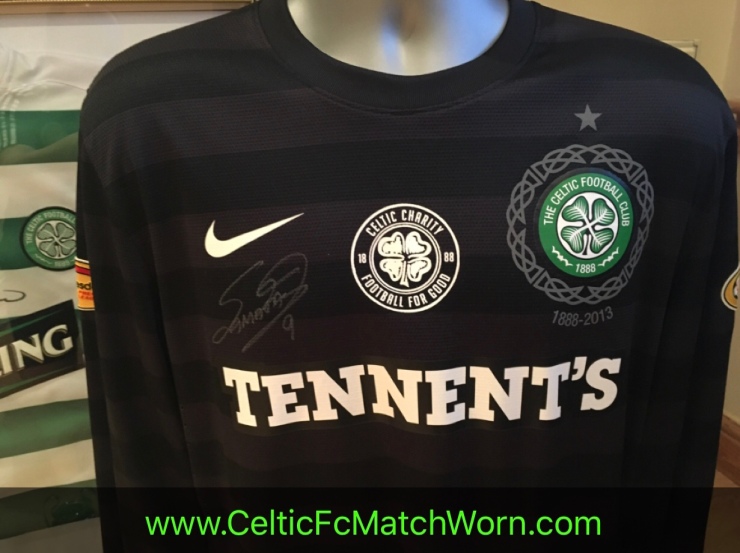 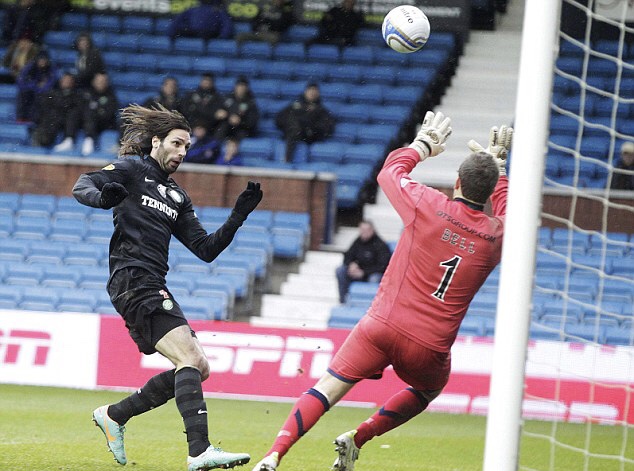 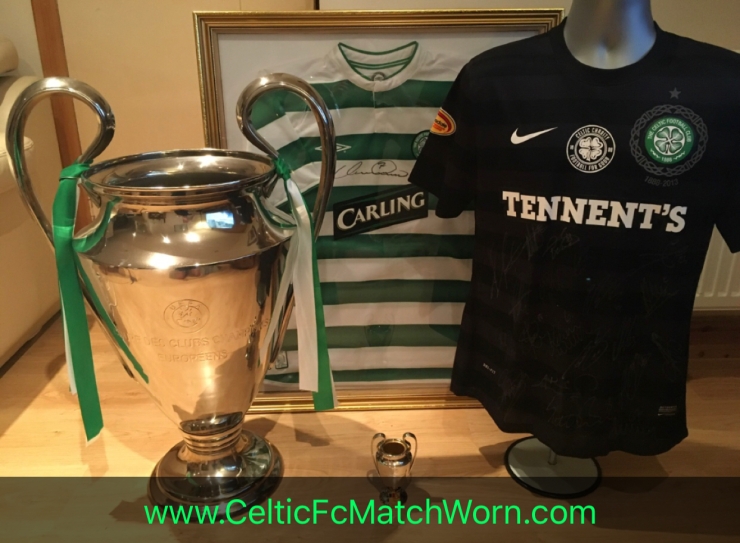 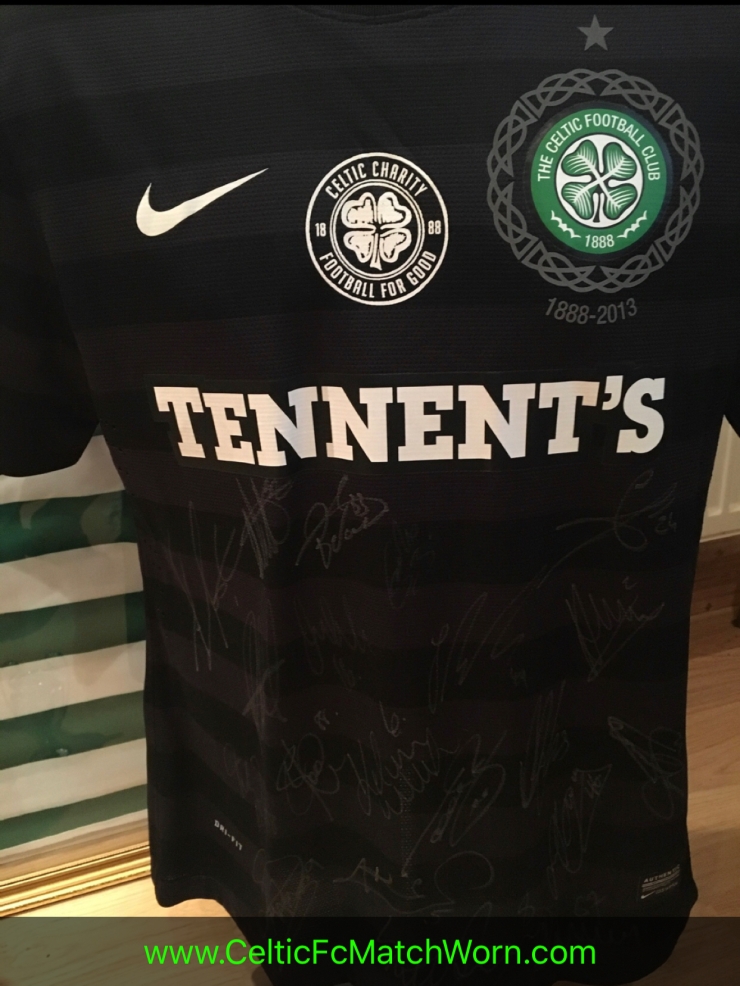 Celtic moved four points clear at the top of the SPL after a comfortable 3-1 win at Kilmarnock on Saturday.

The Hoops’ 2-1 home win over Spartak Moscow on Wednesday night sealed their place in the last 16 of the Champions League and they continued their good work in Ayrshire, starting when skipper Scott Brown fired them into the lead in the 27th minute.

The Parkhead men, with a back three of Efe Ambrose, Kelvin Wilson and Charlie Mulgrew, almost created their first chance in the fifth minute when Ledley teed up Gary Hooper but his pass to Brown inside the box was just too strong and the danger evaporated.

As the game struggled to reach top gear Liam Kelly was booked for a foul on Matthews, a decision which angered the home support, before Ambrose headed a Mulgrew corner over the bar.

Brown’s goal to break the deadlock was one of simplicity. When Matthews took a pass from Hooper and picked out the Scotland midfielder from the byline, he guided the ball quite calmly past Cammy Bell from 12 yards.

A powerful 30-yard snap-shot from Sheridan 10 minutes from the break, which sailed over the bar, offered Killie fans a little encouragement, as did Kelly’s curling effort from a similar distance moments later which almost sneaked past Fraser Forster at the far post.

Lassad had the ball in the net in the 43rd minute with a shot from close range, after Matthews’ drive had found its way through, but the flag was up for offside.

A minute into the second half Heffernan should have levelled when, with the Hoops defence sleeping, he was given time and space eight yards out but his drive was blocked by the foot of Mulgrew.

A relieved Celtic broke quickly and Bell made a fine save from Hooper’s point-blank drive, after the Englishman had been set up by Matthews, who was spending much of the game driving down the right wing.

Celtic reasserted themselves and Ledley fired over the bar before the visitors began upping their corner count.

Mahamadou Sissoko replaced Danny Racchi as Shiels tried to change tack but Celtic stretched their lead through Ledley when the home side failed to properly clear their lines. Wanyama picked up the loose ball, played in Brown and when his driven cross came into the middle the sliding Wales international forced it over the line from a few yards out.

Samaras came on for Lassad and Borja Perez and Gary Harkins came off to be replaced by Rory McKenzie and Mark O’Hara. However, it was the big Greek striker who made an immediate impact following another driving run by Matthews when he headed the Wales international’s deep cross past Bell and in off the bar.

Ambrose should have made it 4-0 a minute from time when Mulgrew planted a free-kick on his head but the Hoops defender headed wide and there was enough time left for Sheridan to volley a Jeroen Tesselaar cross past Forster. 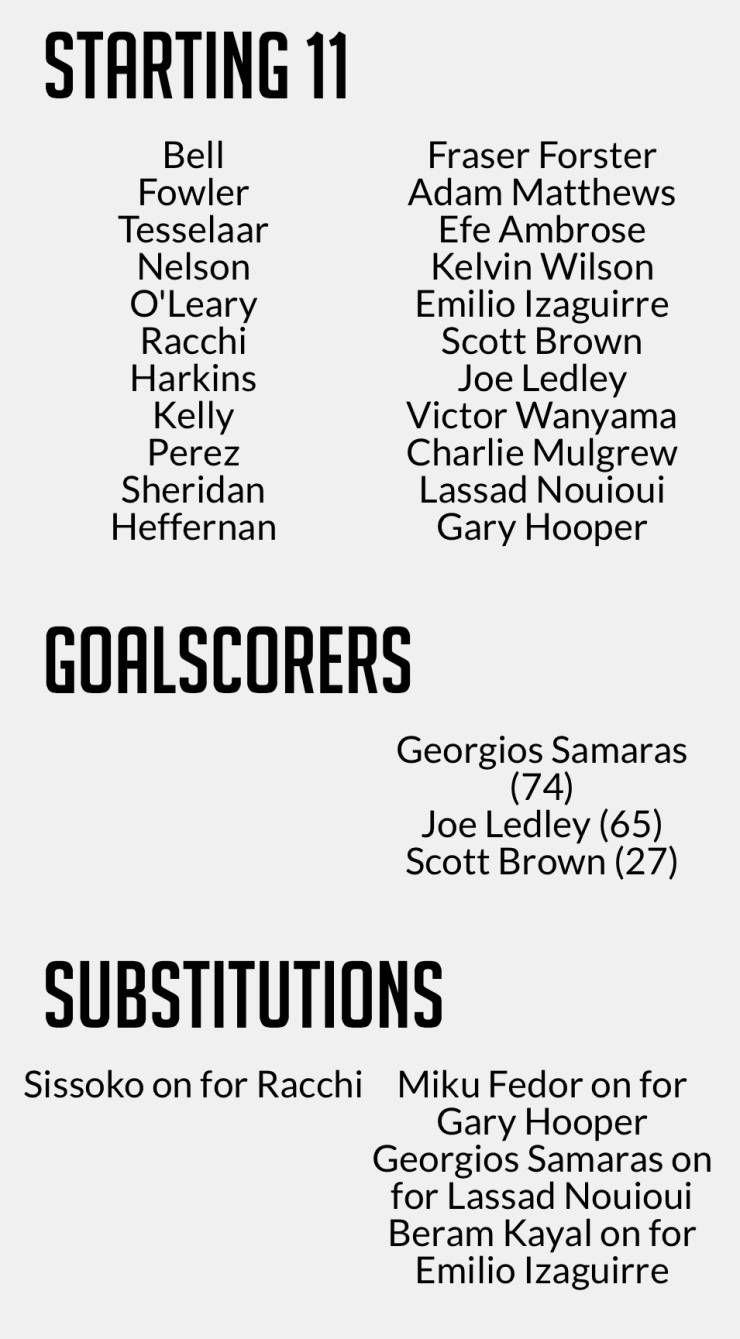 Shirts for sale on my eBay account.
Check out my eBay auction if you’re interested in Celtic player shirts 💚🍀⚽️
Check out my eBay account.
Few Celtic Player Shirts & boots for sale on eBay if anyone is interested.
Virgil Van Dijk Match Worn Boots Charity Raffle. DM for for website link or go to my twitter page for the link. £2.50 per ticket. Multiple tickets can be bought. Raffle website selects the winner as soon as remaining tickets are sold. #Celtic #CelticFC #CelticGambia #NeedKit #NeedBalls #NeedBoots
Thanks to everyone who have bought tickets for the Virgil Van Dijk Match Worn Boots Charity Raffle. If you want to win the boots for as little as £2.50 entry DM me for website link or check out my twitter page for the link. Limited tickets remaining. Website picks the winner when 200 tickets are sold. Please share this post with Celtic minded friends.