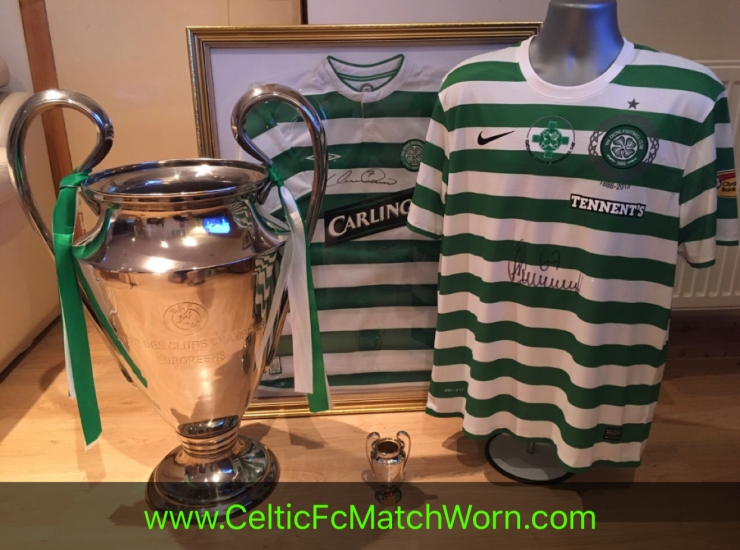 It was a stroll at Celtic Park from the first minute, when Joe Ledley fired powerfully into the far corner.

Anthony Stokes claimed he had got a touch on a Charlie Mulgrew free-kick that curled in at the back post.

After the break, James Forrest drilled low into the far corner and Frazer Wright added a late own-goal.

Before kick-off, manager Neil Lennon had again failed to rule out a move to Everton to fill the vacancy created by his fellow Celtic old boy David Moyes’ summer switch to Manchester United.

But the fact Lennon’s team could swat aside the challenge of fourth-top Saints without reaching the heights of their own capabilities might not have done much for his chances of landing the Everton job should he want it.

This was a victory as emphatic as the 16-point gap it opened up between Celtic and second-placed Motherwell pending the afternoon fixtures and gave ammunition to those who argue the SPL is not the sternest test of the Northern Irishman’s abilities.

Countryman Steve Lomas and his St Johnstone side had travelled from Perth in confident mood, looking to extend their unbeaten run to seven games.

They also arrived unbeaten in the previous three SPL meetings between the sides this season.

However, with the exception of stomach-bug victim Kris Commons, Celtic were back to near full strength after recent time off for some before their Scottish Cup final against Hibernian.

Perhaps the most significant return was that of captain Scott Brown after a three-month absence and an early characteristic thrust into the opposing penalty box by the Scotland midfielder started the move that led to the opening goal.

It followed a brief Saints foray up to the other end of the park and there also were hints of a handball by Gary Hooper in the build-up.

Ledley took full advantage of anything missed by the officials to power a drive into the far corner of the net after Forrest had played it across the edge of the penalty box.

Saints goalkeeper Alan Mannus had scooped a Mikael Lustig shot clear at full stretch by the time Celtic extended their lead after 36 minutes.

Mulgrew swept in a trademark free-kick that deceived Mannus as it curled across a forest of brows and into the unguarded net at the back post.

If Stokes was right to claim the goal, it could only have been courtesy of a couple of split ends on the top of the Irish striker’s skull.

Hibs-bound Liam Craig, who started in midfield ahead of the injured Chris Millar, should have pulled one back shortly after the break but volleyed a Steven McLean cross wildly over at the back post.

However, Forrest killed the game as a contest six minutes into the second half when he fired a 16-yard drive low into the far corner after being sent free by Gary Hooper on the break.

Forrest missed a great chance for his second when he blasted over from 14 yards, while Georgios Samaras also volleyed narrowly wide from close range.

Saints substitute Nigel Hasselbaink finally forced Celtic goalkeeper Frazer Forster into a save after 77 minutes, but it was a momentarily lapse for the comfortable Celtic defence.

The champions finally added to their tally when Wright powerfully headed a Mulgrew corner in the wrong direction and into his own net.

Saints’ defeat – one goal short of the drubbing they received at Celtic Park in the Scottish Communities League Cup – leaves the Perth side a point behind Inverness Caledonian Thistle, who could now clinch the remaining European spot with victory over Dundee United. 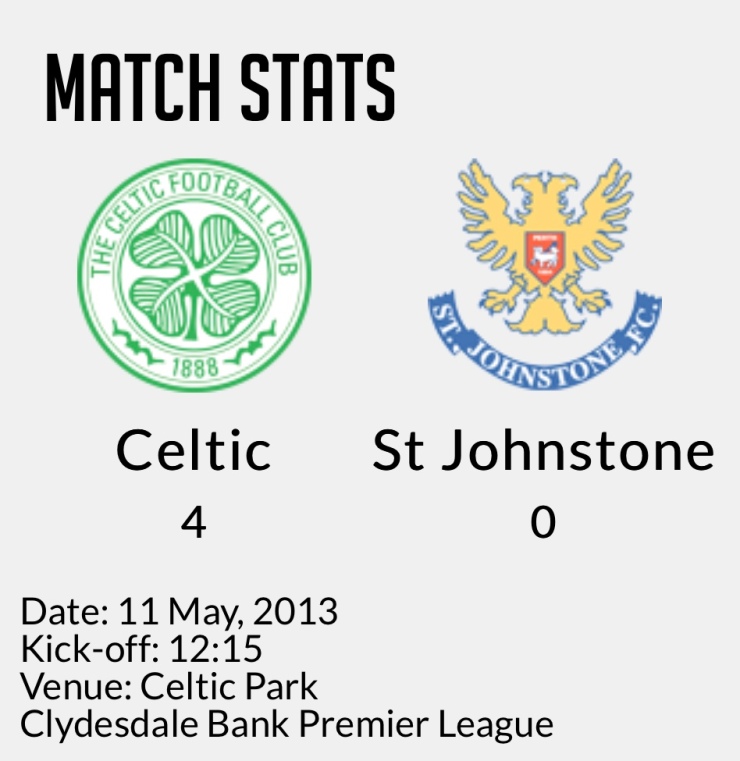 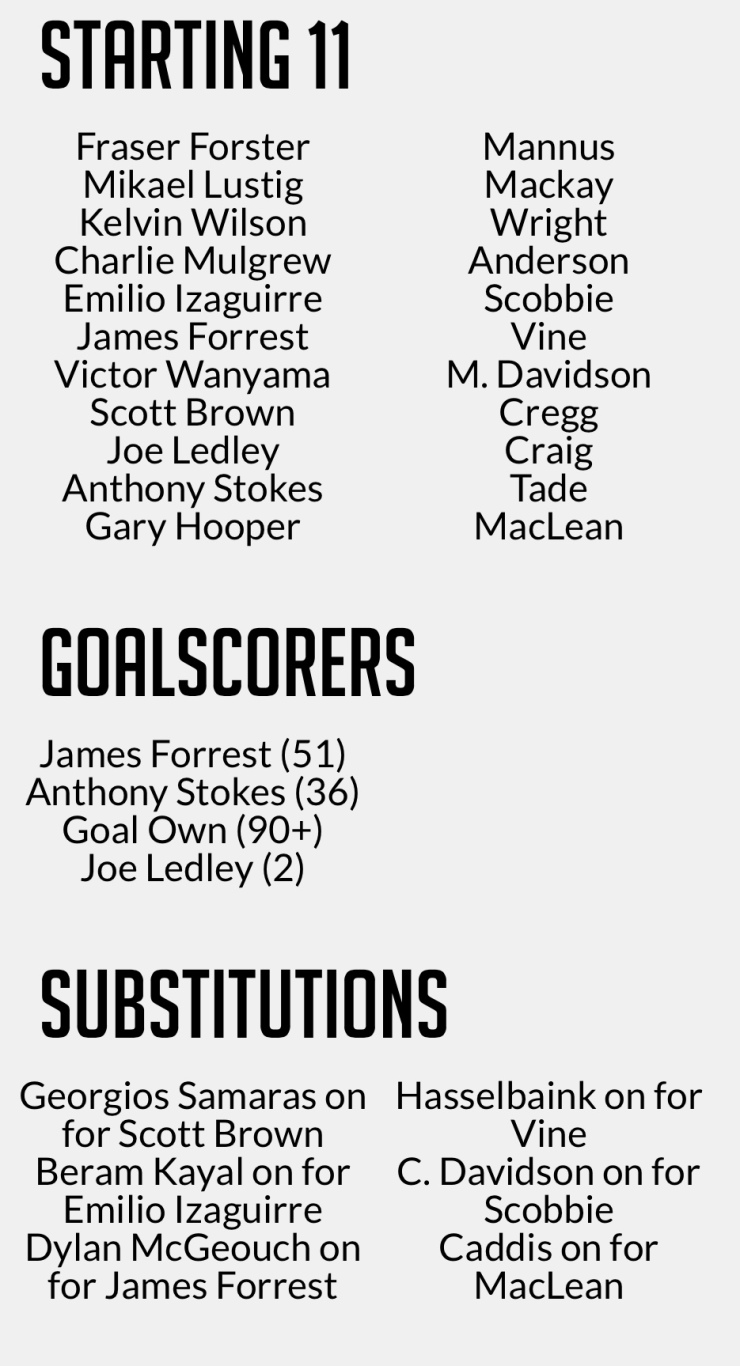