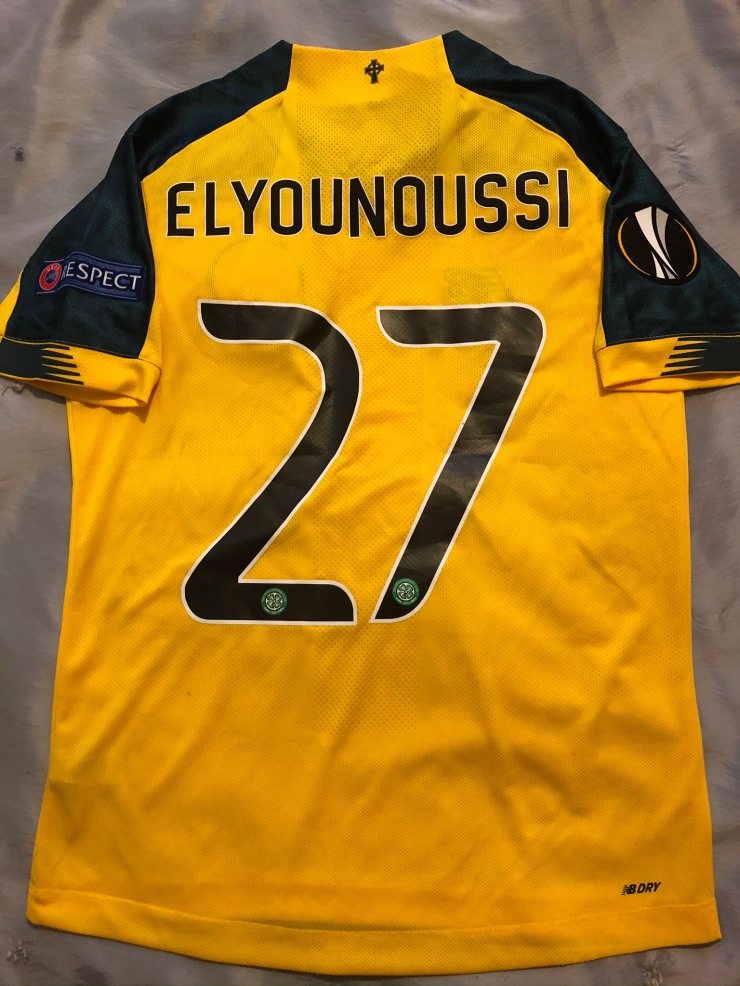 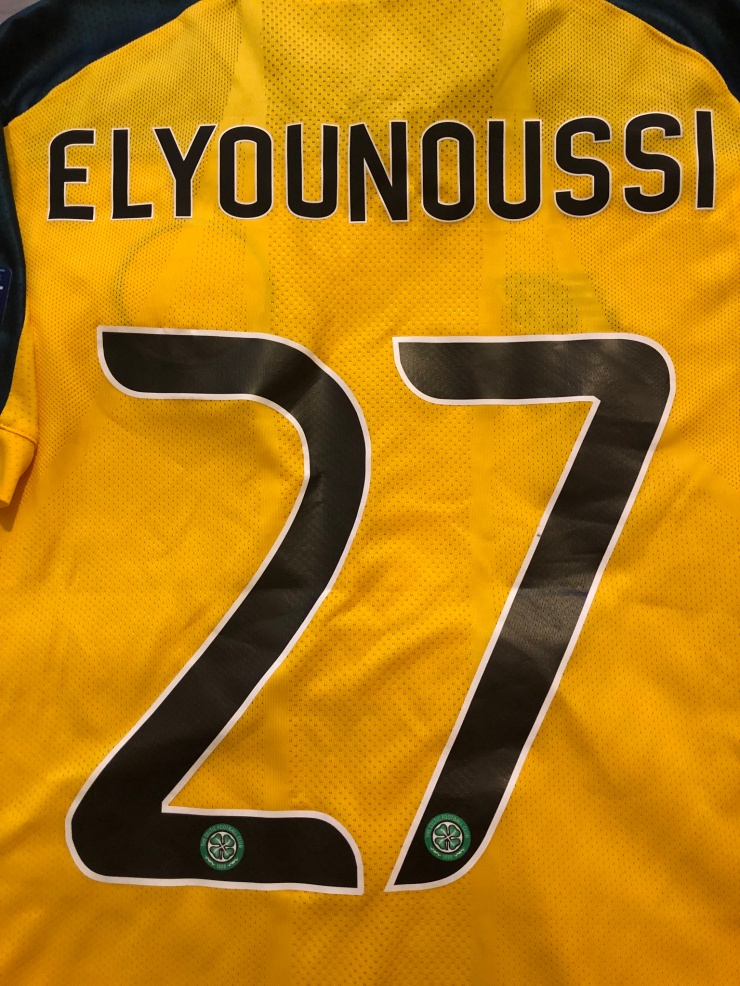 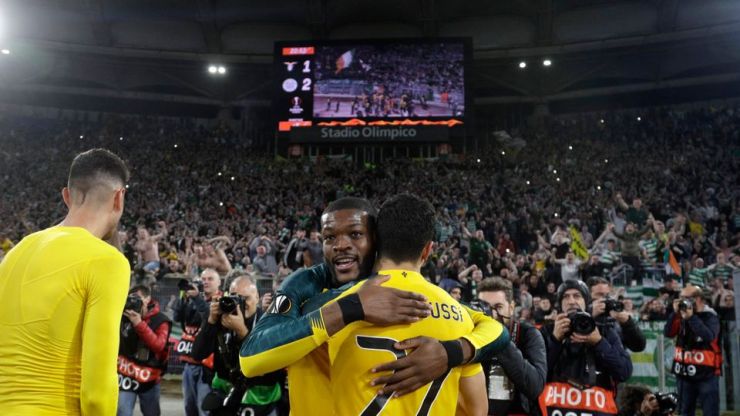 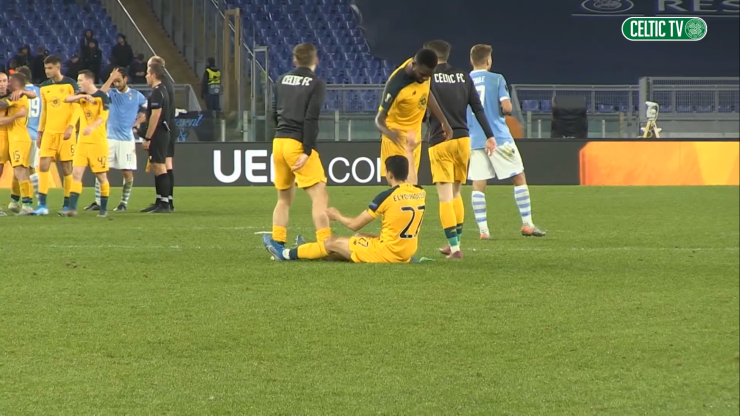 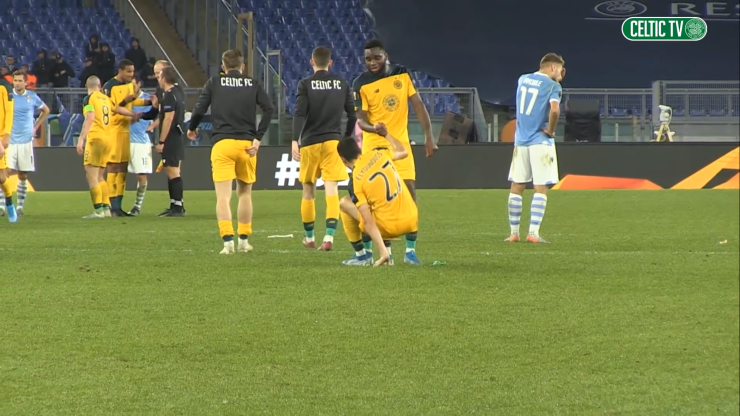 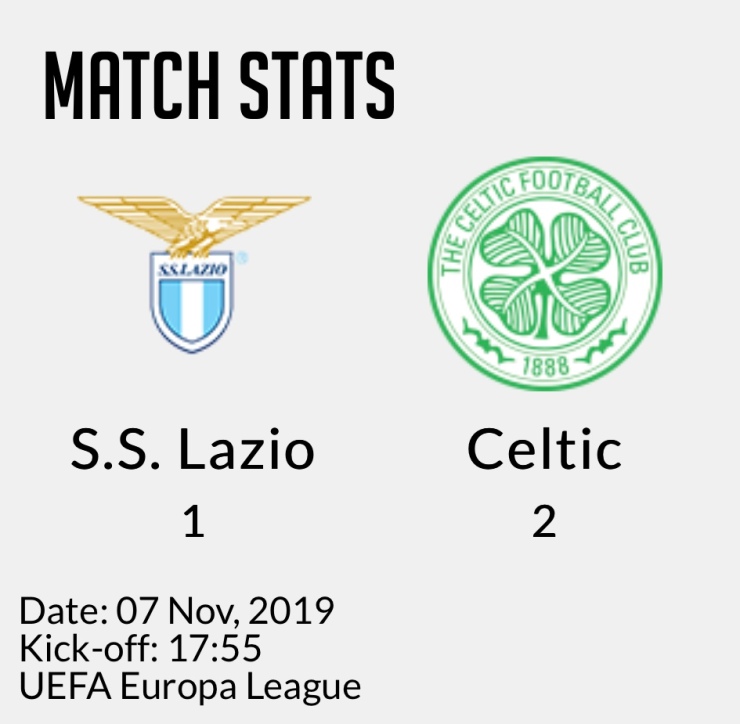 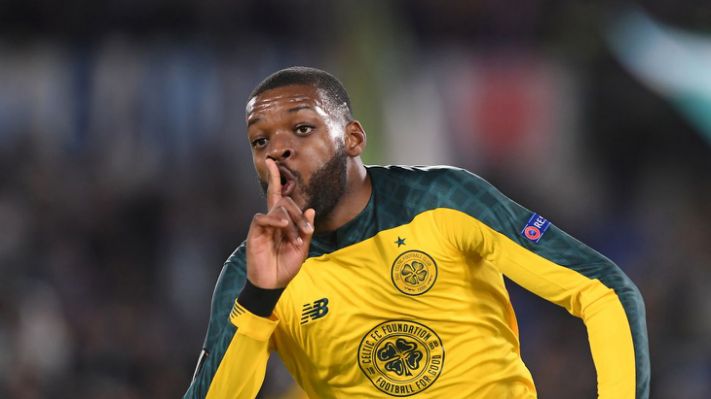 Olivier Ntcham’s dramatic stoppage-time strike earned Celtic a stunning win over Lazio and a place in the Europa League last 32 with two games to spare.

Serie A’s top scorer Ciro Immobile had given Lazio the lead with an unopposed back-post volley, but James Forrest lashed in his 11th goal of the season just before the break to level.

Neil Lennon’s side had to defend stoutly after the break and looked like they would earn a point until Ntcham ran on to an Odsonne Edouard pass to secure Celtic’s first win in Italy.

It is the second time in two weeks that the Scottish Premiership side have stunned Lazio with a late winner, Christopher Jullien’s header earning victory in Glasgow two weeks ago.

It also means that their games with Rennes at Celtic Park and against Cluj in Romania will now only decide whether they win the group or not.

When you haven’t ever beaten an Italian side in their own country, the last thing you want to do is give them a helping hand. The concession of a goal inside seven minutes to the predatory instincts of Immobile rendered a tricky task more akin to mission impossible.

Several key Celtic players looked ill at ease in a 3-5-2 formation in which Forrest and Jonny Hayes were deployed as wing-backs and struggled to adapt, not helped by the players in front of them constantly giving the ball away. The Irishman in particular looked like a fish out of water as Lazio pinpointed a perceived weakness in their opponents.

Keeping the deficit at just a single goal for half an hour was a minor triumph as pressure from the impressive Immobile almost led to an own goal when Jullien headed narrowly past Fraser Forster’s left-hand post. There were other moments when a frantic Celtic back line had to do some last-ditch defending to keep the marauding hosts out.

Slowly but surely, the visitors found their feet. Twice Mohamed Elyounoussi made threatening advances but failed to find a final product.

And just before the break, a moment of magic that would have graced any arena. The pass from Elyounoussi to Forrest, in behind the Lazio defence. A rocket of a shot into the top right-hand corner of Thomas Strakosha’s net. Wild celebrations from nearly 10,000 visiting fans who hadn’t had anything to get excited about prior to that.

Parity celebrated five minutes before the break, and only preserved by a wonderful save by Forster from a Sergej Milinkovic-Savic header, and then an even better goal-line clearance by Jullien to deny Felipe Caicedo as Lazio tried to hit back straight away. In a frantic minute or two, Marco Parolo then headed over when he could, and probably should, have scored.

A half of two halves, if you will, and a blessed relief for Lennon to get his men in for half-time still on level terms with a very dangerous-looking opponent.

That said, had Edouard taken an early second-half chance, this game could have been completely turned on his head. A dodgy clearance by Strakosha gifted Celtic the ball and when Edouard was played in, the Albanian goalkeeper made amends with a strong save from the French striker’s shot.

More Celtic pressure drew a mistake from Lucas Leiva, which allowed Forrest to break clear. But with Hayes and Edouard screaming for a pass, the Scotland forward fancied a second goal but his effort was blocked by a defender, much to Edouard’s fury.

The dynamic of the match had changed completely; the meek start made by Celtic a distant memory, fading as quickly as the smoke from the pyrotechnics which were on show before a ball was kicked.

The fireworks on the field were coming from the yellow-shirted visitors. Some fabulous build-up play involving Christie, McGregor and Forrest left Edouard with the ball inside the Lazio box. However, he couldn’t control it and a most presentable chance was gone in an instant.

It was almost instantly regretted too, as Forster once again kept out a Milinkovic-Savic header with an impressive point-blank save. All of a sudden, Lazio seemed to regain their belief. Substitute Luis Alberto nearly scored straight from a corner; the ball ballooned back off Forster’s near post as Celtic breathed a sizeable sigh of relief.

And then came what felt like ‘the’ chance. Elyounoussi’s pass to Edouard was inch-perfect, inviting the Frenchman to race into the left-hand side of the penalty area. His curling shot slipped agonisingly wide. Would there be a better opportunity all night?

Edouard tried to make amends with a free-kick moments later but again was narrowly off target, this time over the crossbar. This was a half full of passion, pride and no little skill from Celtic. A pulsating contest which ebbed first one way and then another with both defences having plenty of work to do to subdue some smart attacking play from both sets of forwards.

No more so than when a great, late chance presented itself for Lazio’s Luis Alberto, only for the powerful left hand of Forster to keep Celtic level.

And then the moment of history. Another Lazio mistake gifted Edouard the ball, and he played in fellow Frenchman Ntcham, whose delicious chip took Celtic through and sent their jubilant fans away into the Roman night delirious.

The first time Celtic have ever won on Italian soil, and only the second time ever they’ve beaten an Italian side away from home. The other time was that famous night in Lisbon in 1967. These Roman lions in Celtic shirt may not be remembered as long, but they’ll savour a famous, famous victory. And rightly so.

Man of the match – Fraser Forster

Immobile and Milinkovic-Savic were standouts for Lazio. Forrest had a good game and scored an excellent goal for Celtic.

But for providing several top-class saves at vital moments – a bit like he did in the last meeting against the Italians at Celtic Park – the award goes to Forster. Celtic deserved to take something from this game and the Englishman was the man who helped deliver it with a wonderful late save, and several more earlier in the match.

Few Celtic Player Shirts & boots for sale on eBay if anyone is interested.
Virgil Van Dijk Match Worn Boots Charity Raffle. DM for for website link or go to my twitter page for the link. £2.50 per ticket. Multiple tickets can be bought. Raffle website selects the winner as soon as remaining tickets are sold. #Celtic #CelticFC #CelticGambia #NeedKit #NeedBalls #NeedBoots
Thanks to everyone who have bought tickets for the Virgil Van Dijk Match Worn Boots Charity Raffle. If you want to win the boots for as little as £2.50 entry DM me for website link or check out my twitter page for the link. Limited tickets remaining. Website picks the winner when 200 tickets are sold. Please share this post with Celtic minded friends.
Next up is a low entry fee Raffle. £2.50 a ticket for the birthday boy Van Dijk Match Worn Boots. Multiple tickets can be bought to increase your chance of winning. Website will decide the winner when 200 tickets are sold. 10% fee to the site 90% to charity 🍀 https://www.raffall.com/32742/enter-raffle-to-win-virgil-van-dijk-match-worn-boots-hosted-by-scott #Celtic #CelticFamily #CelticFC #CelticGambia #NeedKits #NeedBalls #NeedBoots
Congratulations to the winner of the Signed Match Worn Jullien Boots. Winner has now been selected by the website and listed in the winners section of the site. Thanks again to everyone who bought tickets 💚🍀⚽️
Charity Raffle for Jullien Signed Match Worn Boots. Tickets selling very fast so be quick. Chance to win superman’s boots for as little as £2.50 entry. No limit to tickets that can be bought. 108 of 200 tickets bought already. 10% fee to raffle website 90% to CelticGambia Academy Project. #Celtic #CelticKits #CelticGambia #NeedKits #NeedBoots #NeedBalls